Among various methods of non-contact current measurement, current measurement based on the Hall principle is the most commonly used method. When the magnetic field is concentrated, the Hall element can sense the magnetic field and generate a voltage, which is called the Hall voltage and can be used for direct output or feedback control. From this structure, it can be seen that when the cable of the measured current is close to the Hall element, a relatively obvious magnetic field change will occur, resulting in the generation of position errors. In order to reduce this error, the method of symmetrical arrangement of multiple Halls and multiple breaths can usually be used to solve the problem, but no matter what method is adopted, the position error cannot be fundamentally eliminated, because the number of Hall elements cannot be increased indefinitely. This is why the user manual of the Hall sensor usually requires the user to center the measured current row (cable) on the perforated part as much as possible when measuring the current. Sometimes in order to eliminate the influence of position error, a built-in current bank can be used.

Why Use HIT to Replace Hall Effect Current Sensors

The cost is similar with hall effect current transducer

Comparing to the traditional Hall Effect technology, the HIT series AC / DC Hall effect current sensor substitute products  developed on the basis of Multi-Point Zero Flux Gate technology by Shenzhen Hangzhi Precision Electronics adopt an integral magnetic core and has no air gap, the position error and anti-interference ability are all better than the Hall current sensor, which improves the accuracy of the fluxgate current sensor. This revolutionary product design also reduced the cost of zero fluxgate current sensor down to hall effect current sensors level, which is less than 100USD, but improved the performance of the sensor in accuracy, linearity, zero drift and temperature drift terms. HIT current sensors can be utilized for both AC and DC current measurement for motor drive, UPS, Welding, Robot, Hoist, Elevator applications. All HIT current sensor  products are CE EMC & RoHS compliant.

HIT substituting hall effect current sensor products have been widely used as the current measurement sensor to control the DC output and AC input of the power converters, for example the ones for EV charge stand and renewable energy converters such as solar and wind turbine converters.

Comparing with traditional hall effect current sensor, the cost of the sensors is not increased significantly, but overall performance of the power converter has been improved dramatically, especially in the control accuracy, and finally the energy efficiency is improved. 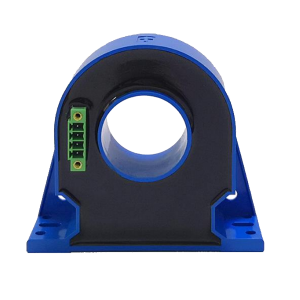 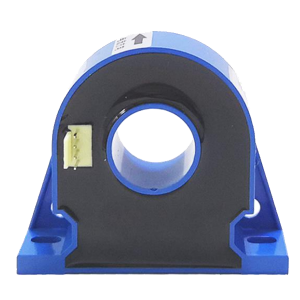